Exploring the story of freestyle music from yesterday into today 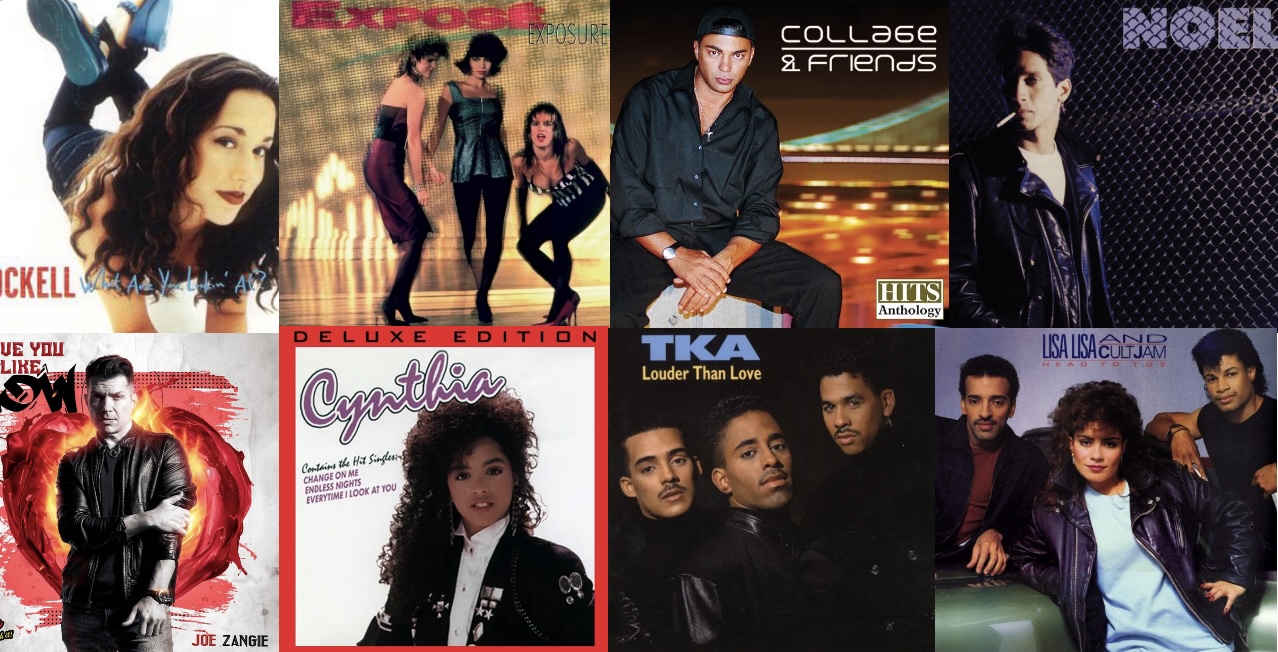 Most popular in the late ’80s into the ’90s, freestyle is a niche genre of music that’s unique to just a few major cities — namely, New York.

There are already a million things that make New York the best, most unique city in the world.

Another thing to tack onto that list is the fact that most of us have either grown up with or been exposed to freestyle music at some point in our lives — while folks from other places may not be able to say the same.

Freestyle, also known as “Latin freestyle,” “Latin hip-hop,” and even “heartthrob” or “club music” in cities like Miami, is a genre of electronic dance music that was born out of major cities like NYC, Miami and Philadelphia.

There’s some debate as to when freestyle music actually began, and people will give different answers.

Some believe freestyle music emerged around 1983, when Shannon’s “Let the Music Play” became a hit. Others feel the true birth of freestyle was in ‘86, when Sa-Fire dropped “Don’t Break My Heart.”

Either way, what is known as post-disco served as the precursor to freestyle, and the genre was widely appreciated by predominantly Italian-American and Latino audiences until the late ‘90s, when Rockell’s “In A Dream” blasted from car speakers and in nightclubs.

Although the genre never really died, that was the golden era of freestyle.

But many artists still make an effort to keep freestyle alive and thriving, including Joe Zangie, an Italian-American freestyle artist born in Camden, N.J.

Zangie’s been a part of the freestyle music scene since 1994 when his first single, “In My Dreams,” was released under Tazmania Records. He was 18 at the time.

Zangie grew from a kid who was peer pressured into doing music, to a guy passionate about all things freestyle — doing performances, creating songs and making friends along the way.

“I think many people feel nostalgic in a way when they listen to freestyle,” he continued.

“A lot of times, people will relate to freestyle songs, right to their own personal life. All the lyrics in freestyle are like love songs; it’s either somebody getting dumped, or somebody falling in love. There’s no in between, it’s got to be about love.” Staying true to this sentiment, Zangie released his newest single, “Love You Like Wow,” under Fever Records in May of this year.

“Love You Like Wow” is a fun, upbeat track that puts a more modern twist on the traditional freestyle sound, but still features some of the same nostalgic, distinctive beats — especially toward the end.

Shortly after its release, Zangie shot the music video for his single on the Wildwood boardwalk with Robert Barrera of REBolution Media.

“That was crazy because I had to stay up all night. We wanted to get those shots with no one around on an empty boardwalk,” he explained. “We were out filming at like five o’clock in the morning.”

“Love You Like Wow” was well-received by both his peers and fans, reaching No. 1 on all the freestyle charts.

Zangie is proud to be a part of the reason why people still know about freestyle, passing it onto future generations.

“I don’t think that I would have wanted to do a new record this year if I didn’t feel like there was a reason to put it out. I do see these sold out crowds, these big venues that we do these shows in, and you do see the younger kids coming with their parents, and they might even be the grandkids. There’s definitely a new resurgence in it,” he said.

“For the people who don’t know freestyle, I think that if they’re exposed to it, they’ll hear it and say, ‘I like this.’ There’s nothing in freestyle that’s going to make you not want to listen to it,” he continued. “It’s feel-good music. And who doesn’t want to feel good?”

Also at the show were his close friends and fellow freestyle artists: Noel, best known for his 1987 hit, “Silent Morning,” and Rockell, who he’s collaborated with and even refers to as being “like family.”

“When I met her, we just became best friends. I’m still really tight with her; I know her family, she knows my family and I’m actually her son’s godfather,” he said. “It’s just been great.”

After recording nine singles with Tazmania/Metropolitan Records and touring with Denine and Collage as a vocalist for Collage, Zangie went on to tour and record a version of the smash hit, “Can’t We Try,” with Rockell.

They continue to perform together.

Zangie has two upcoming performances in Staten Island: Freestyle for a Cause on Oct. 1 at Nuvo, and Ultimate Freestyle on Nov. 19 at the St. George Theater. Although freestyle is a niche concept to most or something from the past, many people have been exposed to it in the present day — possibly unknowingly.

In 2021, a TikTok user by the name of @groovy_mal shared a video of her hair routine, where she styles her hair in a ‘70s, Farrah Fawcett-esque feathered look. The background song in the video is Lisa Lisa & Cult Jam’s 1985 bop, “I Wonder If I Take You Home.”

The video has 6.2 million likes and over 30 million views, and in the nature of TikTok, other users attempted the same hairdo on camera with the same song playing in the background.

Although the creator missed the mark by using an ‘80s freestyle track to accompany her ‘70s-inspired hairstyle, she did expose a brand new audience to the song produced right here in East Flatbush, Brooklyn.

Locally, freestyle music continues to play on local radio stations, such as 103.5 KTU, where Judy Torres stars as an on-air personality.

Michael Perlman, a resident of Forest Hills and a columnist for this newspaper, grew up during the golden era of freestyle. He said that without KTU, freestyle would probably be forgotten.

“Thanks to KTU 103.5, my mom and I won tickets to a freestyle concert at Brookhaven Amphitheater in 1999. My mom asked me at the end, ‘How did you like seeing all of the singers who you grew up with?,’ he continued. “It’s very sentimental and true to our NYC roots.”

Angelica Pizzonia, a baker from Williamsburg, also feels nostalgic when listening to freestyle, and relates it to her Italian upbringing.

“Freestyle tells a story, which may not be your own story, but you can relate to the words the artist is saying. My sister introduced it to me. It reminds us of summertime in Brooklyn…hanging out on the stoop, having block parties, going to the Italian feasts…Just pure old school living,” she said.

“We weren’t teenagers during the prime era of freestyle but my uncle and his friends kept it going and passed it down to us. We share such a strong love for it and we still listen to it with our friends and family,” she continued. “My mom always says it reminds her of a dance version of her oldies doo-wop music. She loves all the stories the artists tell about young love. Freestyle music will never die.”